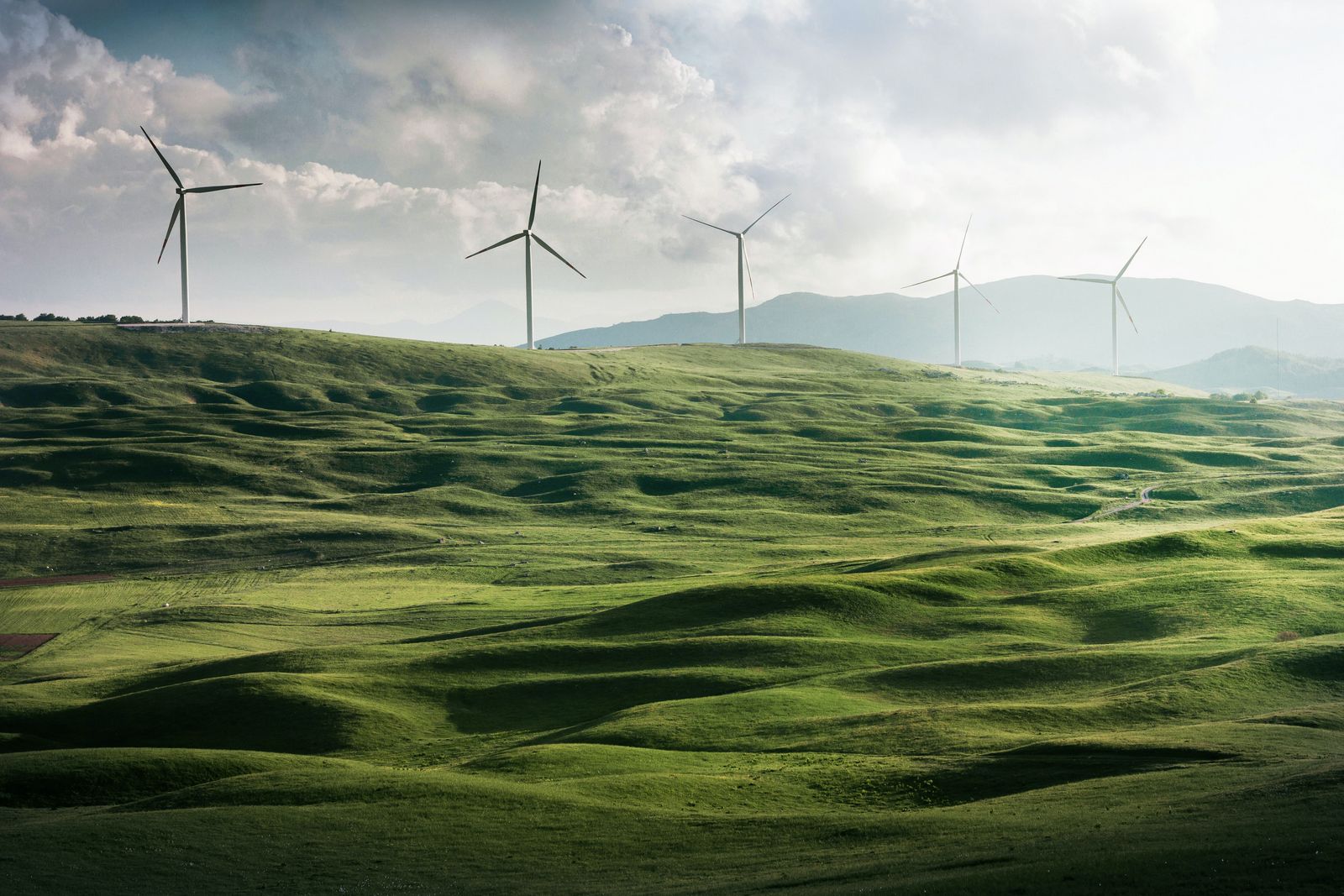 Supporting policymakers to make informed decisions towards the implementation of the 2030 Agenda for Sustainable Development and the Paris Agreement.

Only bold, immediate, and sustained action can decarbonize energy before it is too late. International cooperation is essential to support all countries in the UNECE region to build resilience of the energy system and to accelerate the energy transition.

Action must start now to maximize the use of all low- and zero-carbon technologies to achieve carbon neutrality by 2050.


Electrify all sectors through renewable energy and nuclear power 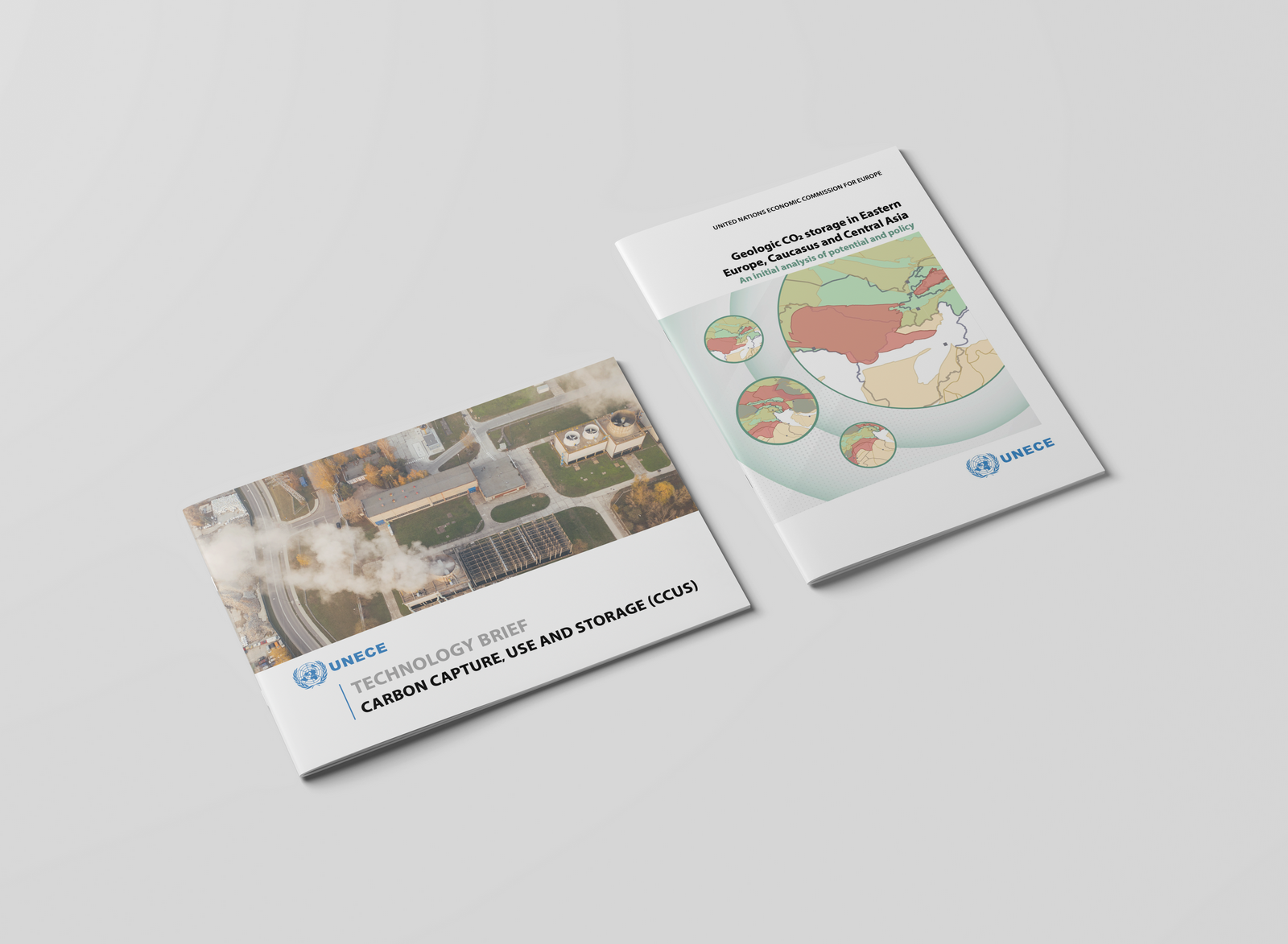 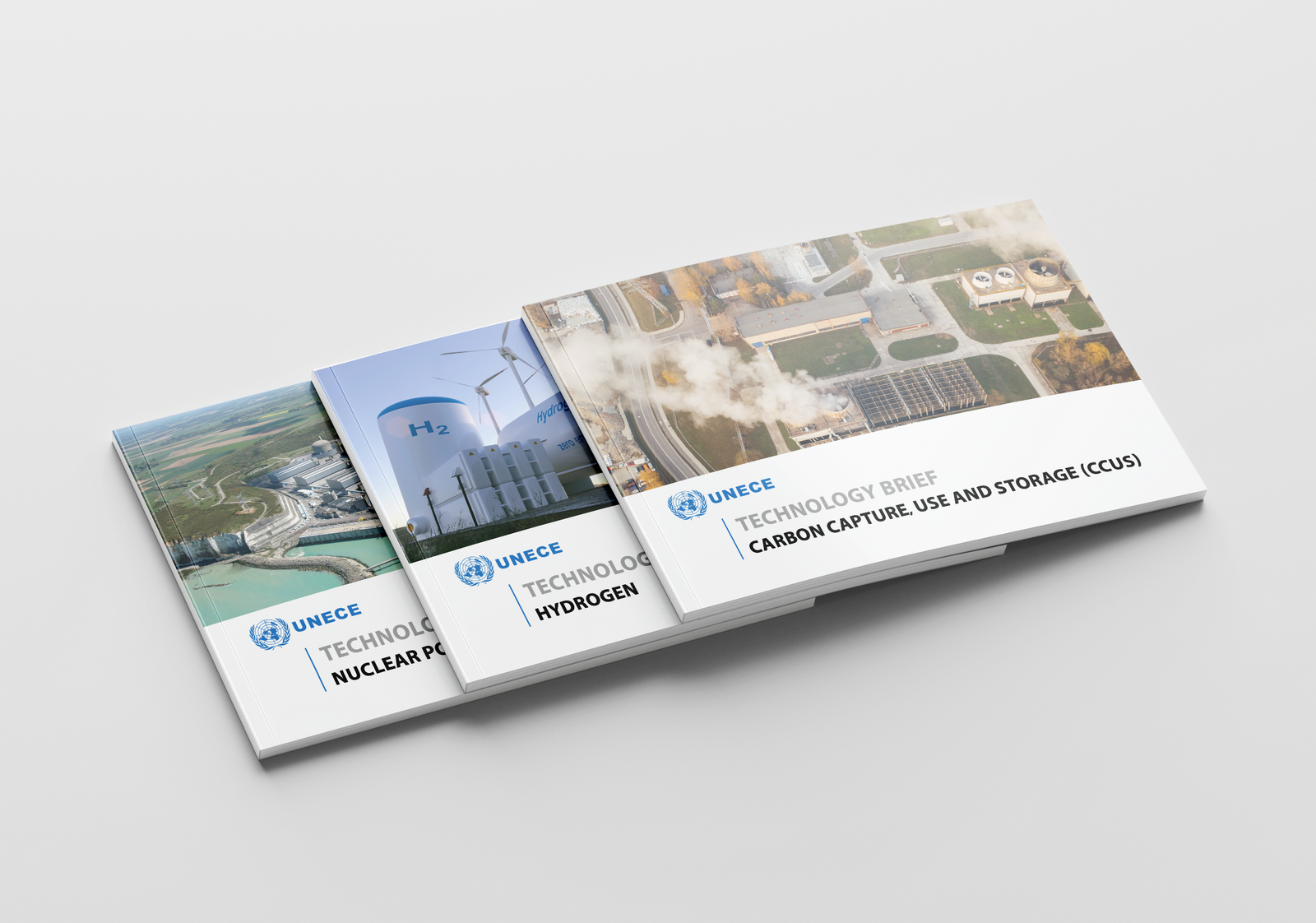 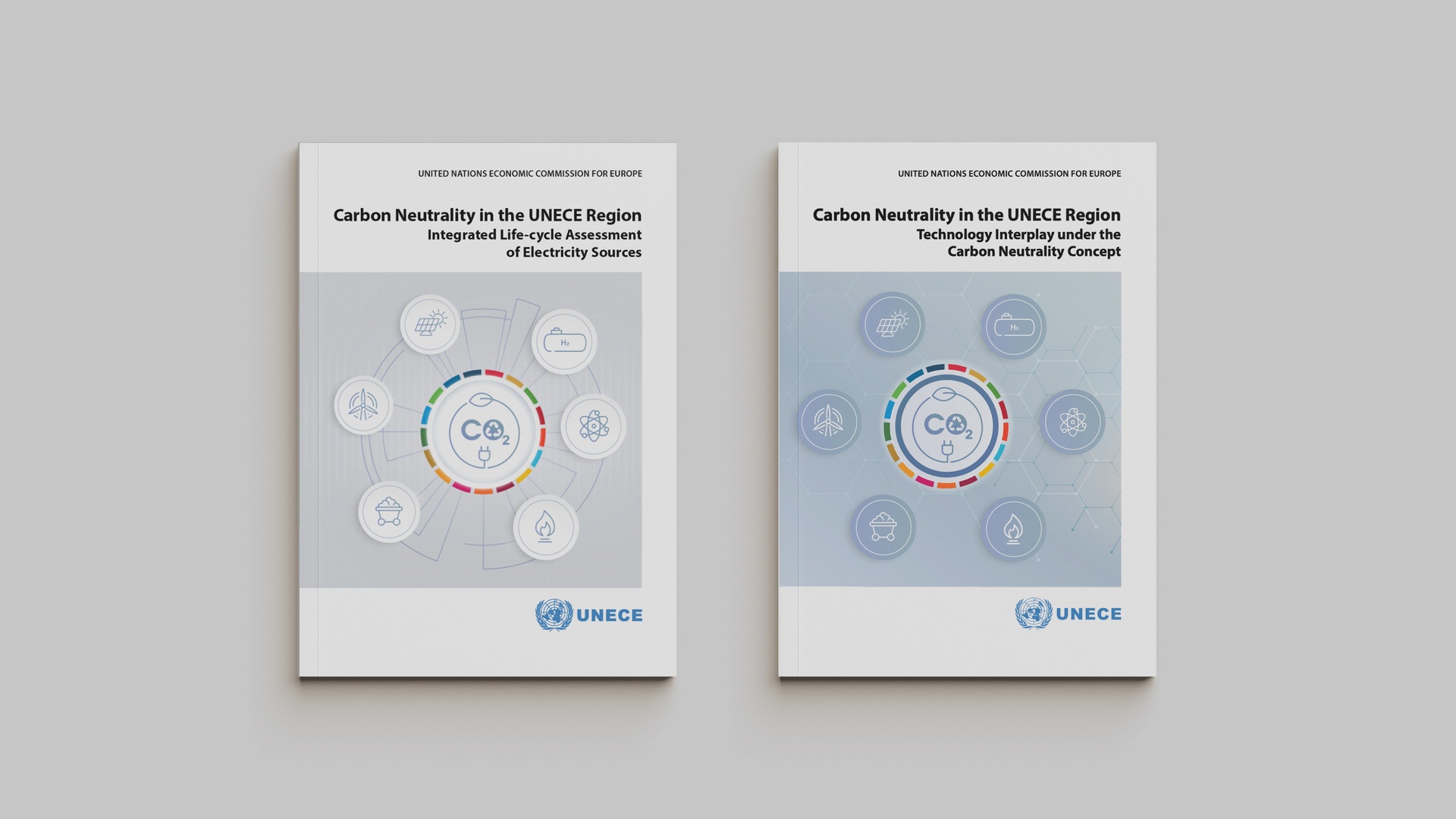 There is no single carbon-neutral energy solution 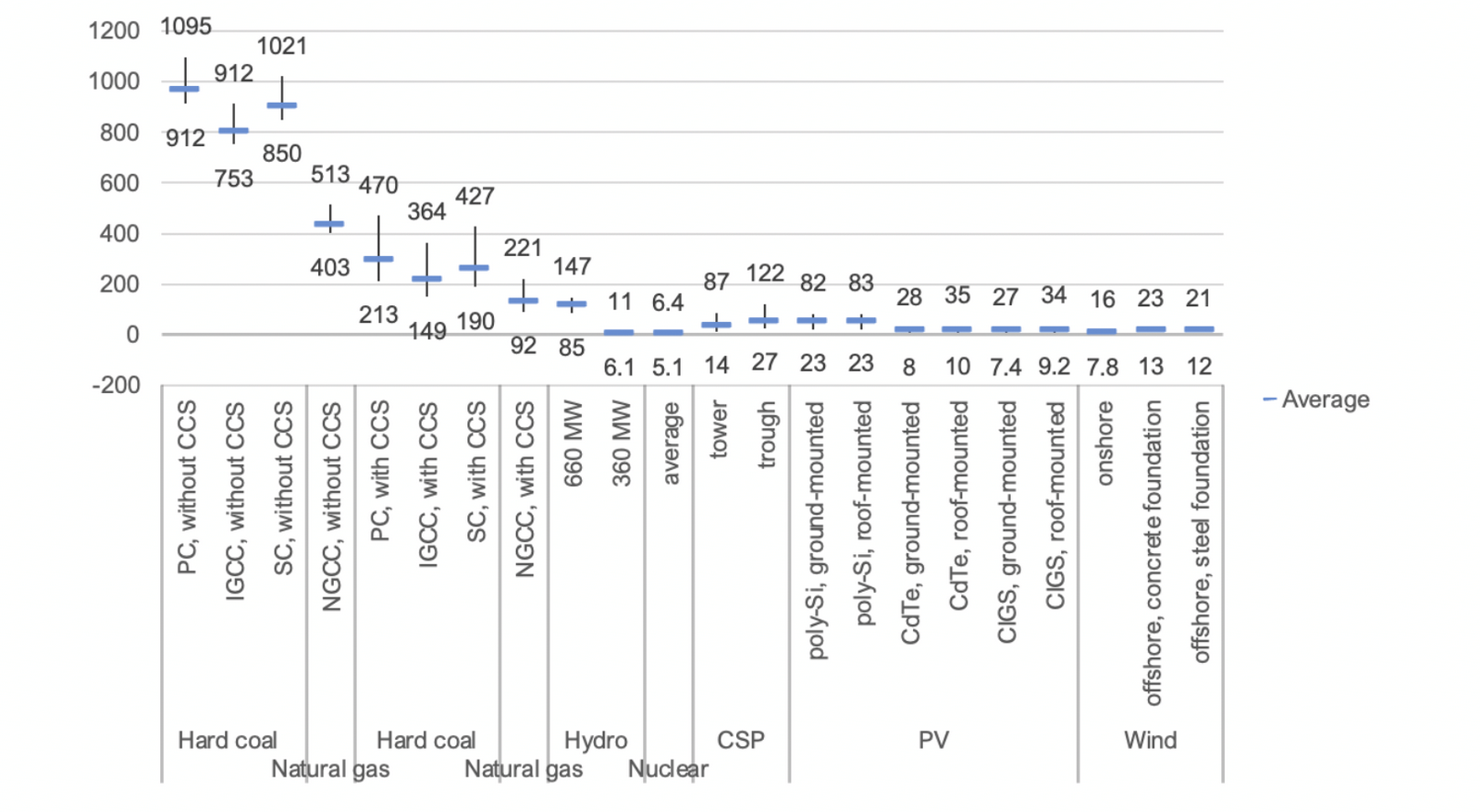 Life cycle assessment studies show that there is not a completely carbon-neutral energy solution.

Life cycle assesments compare technologies on the basis of lifetime environmental impact from those with the lowest carbon footprint to those that require significant carbon capture and storage to be carbon neutral.

All technologies require materials and high-temperature processes that result in carbon dioxide emissions. Renewable energy solutions require steel, cement, and silicon. Electric vehicles and grids require rare earth metals in batteries. Hydrogen could leak into the atmosphere and have a negative impact. Energy investments may mean increased emissions today that will save emissions in the future.

What are the energy sources of the future?

The biggest carbon dioxide emission reductions require scaling up the electrification of the final energy. system.
The energy supply of a carbon neutrality scenario is one third lower than a reference scenario.

How much will the transition to net-zero cost?

Carbon neutrality requires a significant shift in the allocation of investment in the future energy systems.
The cost of a carbon neutrality scenario is 1.6 times greater than a reference scenario.

There are achievable pathways for governments to design and achieve carbon-neutral energy systems through technology interplay.

Carbon Capture, Use, and Storage

Carbon capture, use, and storage (CCUS) is the process of capturing carbon dioxide emissions from fossil power generation and industrial processes for storage deep underground or re-use.

UNECE countries need to deploy zero- and negative-carbon technologies to capture 90Gt of ​​carbon dioxide by 2050.

Carbon neutrality will require rapid deployment of carbon capture, use, and storage (CCUS) technologies to bridge the gap until innovative, next generation low-, zero-, or negative-carbon technologies are commercialized. 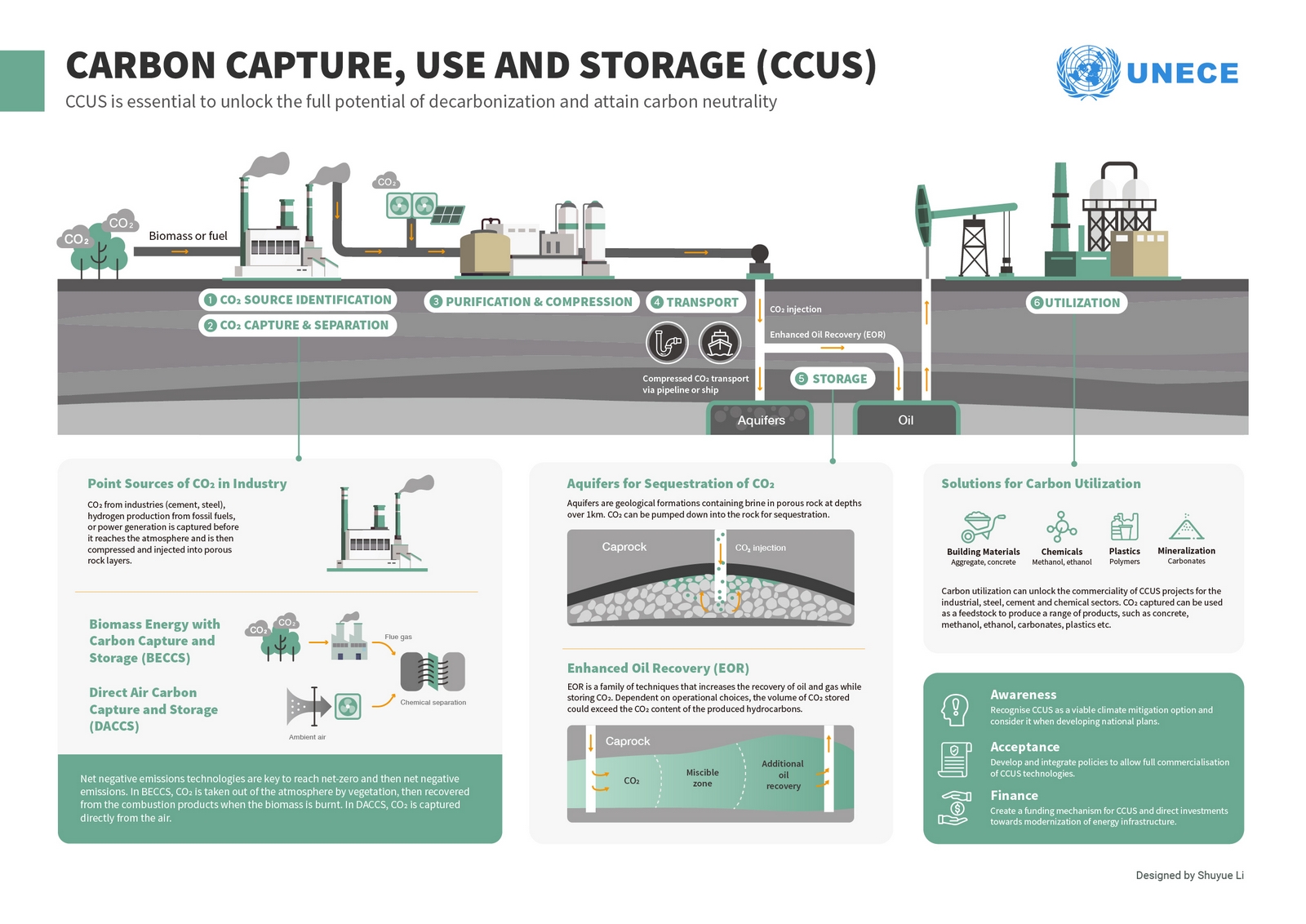 Hydrogen is a bulk chemical that is used primarily today in petroleum refining and in the production of ammonia (for fertilisers) and methanol. Hydrogen is already used a chemical feedstock, for example for ammonia used in fertilisers or in hydrocarbons used for plastics.

In the future, hydrogen can be used as an energy carrier and energy storage medium. It has vast, viable applications across a range of sectors that need to be decarbonized, such as transport, industry, power generation and heat for buildings.

Hydrogen can decarbonize energy intensive industries and long-haul transport where electrification is only partially possible, or the technology does not yet exist. A rapid shift to a “hydrogen ecosystem” will require swift and extensive expansion of renewable and low-carbon hydrogen production.

Read the full report on
Hydrogen

Hydrogen is an innovative solution for achieving carbon neutrality 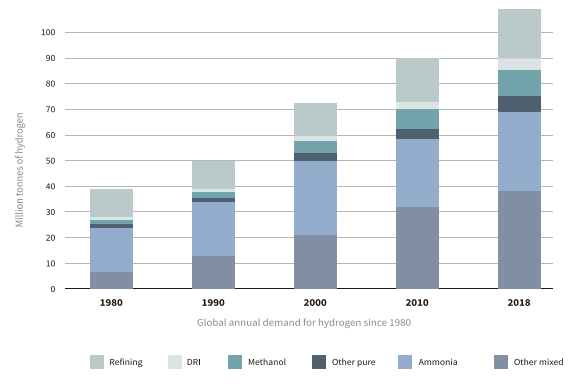 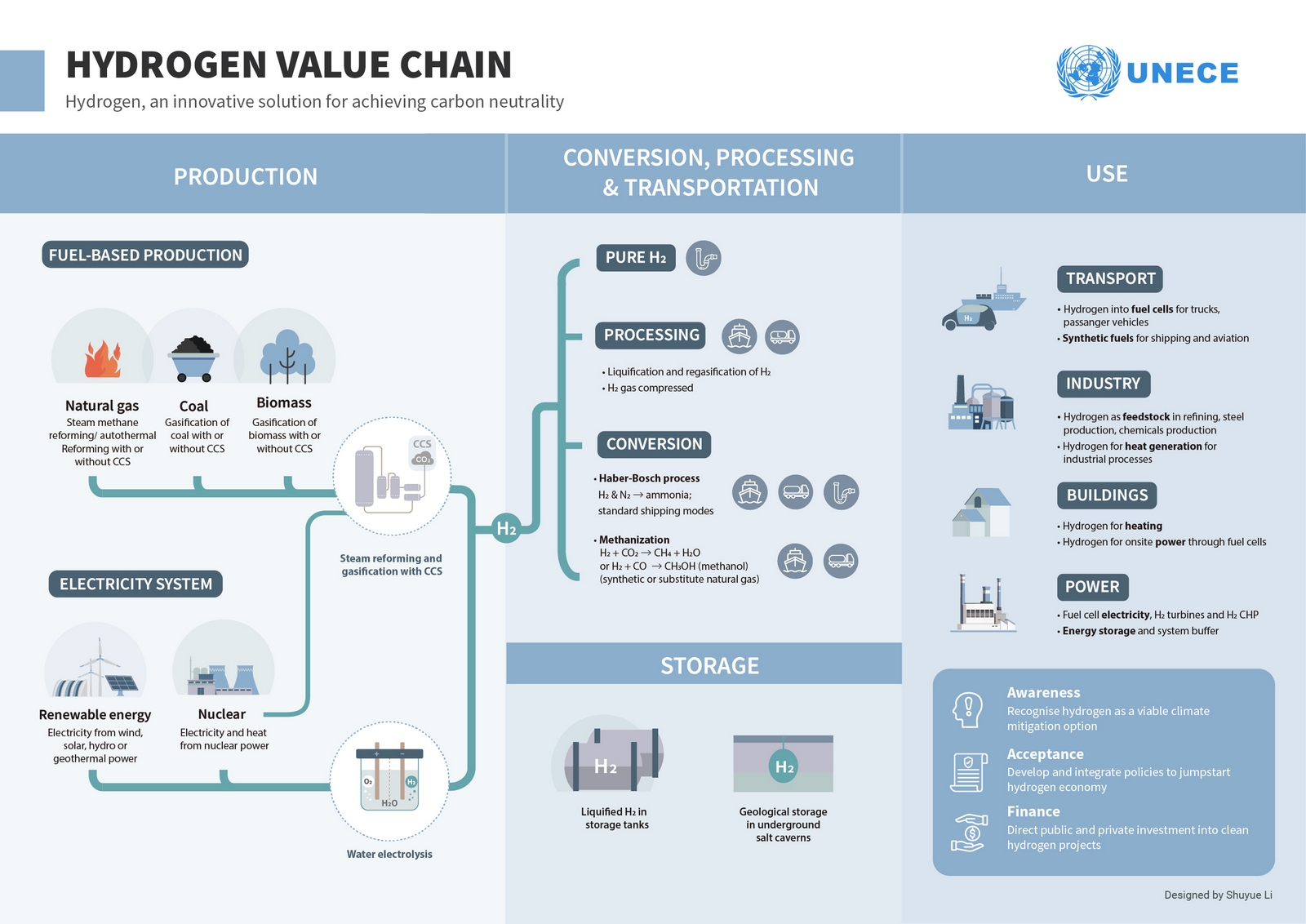 Nuclear power is an important source of low-carbon electricity and heat that contributes to attaining carbon neut  rality.

Decarbonizing energy is a significant undertaking that requires the use of all available low-carbon technologies. The world’s climate objectives will not be met if nuclear technologies are excluded.

Beyond existing large-scale nuclear reactors, nuclear power continues to evolve. In future, new innovations such as small modular reactors (SMRs) could provide electricity for small grids or remote locations and will improve the integration of variable renewable energy sources. 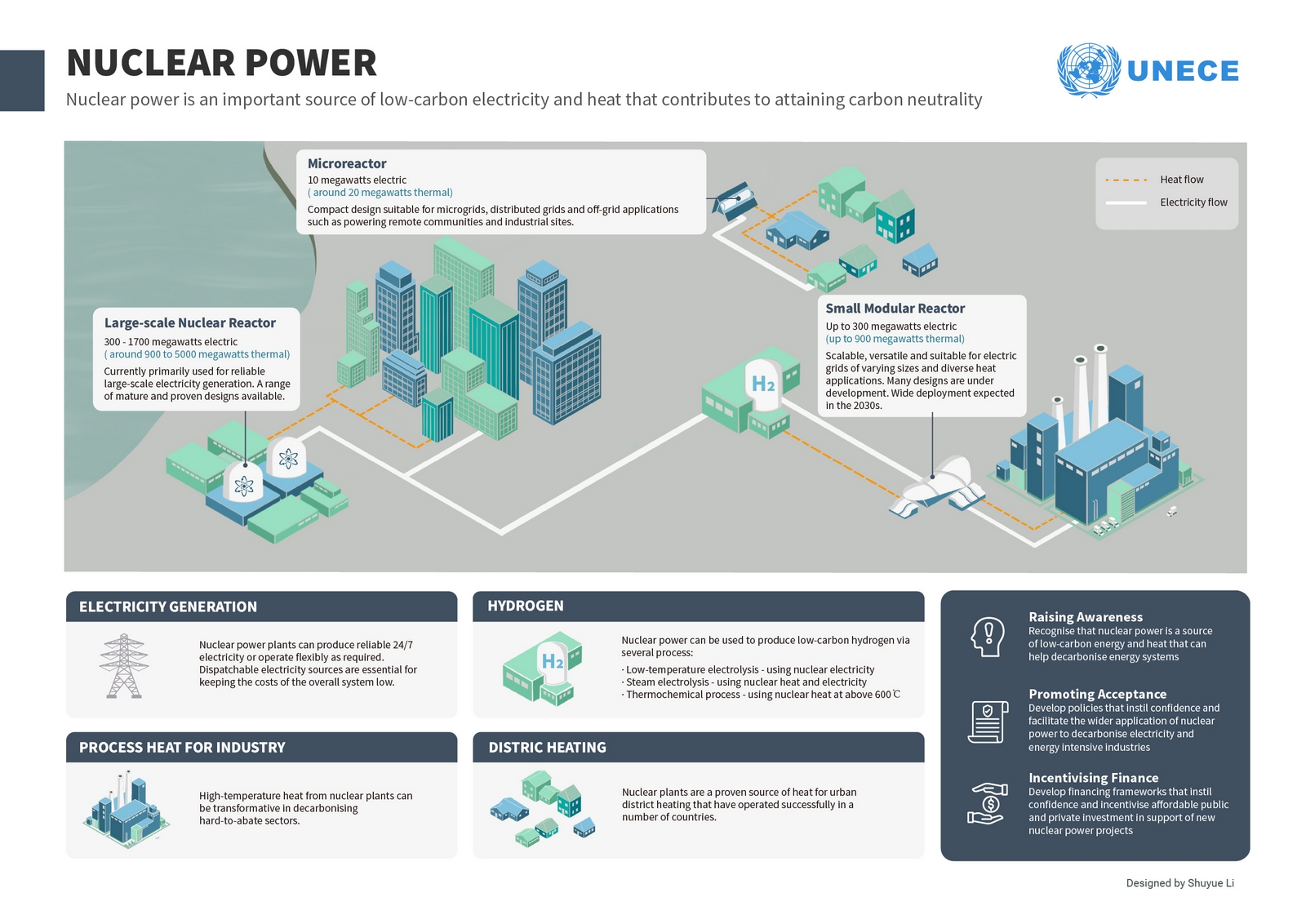 The decarbonization of industry is a top priority to attain carbon neutrality. Energy-intensive industries account for 25% of total carbon dioxide emissions globally.

Hard-to abate sectors will have to adapt to a diverse range of innovative energy options. A variety of low- and zero-carbon technologies will support future industrial processes. Industrial energy efficiency, CCUS, hydrogen, nuclear power and heat, and electrification from renewable energy are vital to achieving a carbon-neutral industry sector.

Policymakers should prepare for sustainable and innovative technology interplay of all low- and zero-carbon technologies to run factories, support high-temperature processes, and remove carbon dioxide as by-products of industrial processes.

Coordinated international cooperation will be essential to attain a carbon-neutral energy system.

The United Nations Economic Commission for Europe has developed has found clear pathways for policymakers to attain a carbon-neutral energy system.

Impacts of the carbon neutrality project

Launch of activities on rebuilding the energy system in Ukraine, and carbon neutrality attainment in Central Asia.

Millions of views of the ECE Carbon Neutrality Toolkit at international events, and online.